- March 14, 2011
Hello and welcome to the second annual FanstRAvaganza - a week-long festival of everything to do with Richard Armitage. There are a number of participating bloggers with the most amazing Richard Armitage fanblogs (or, like this one, it's not an RA fanblog per se, just that he happens to be an often recurring topic) - see below - and we'll be discussing a lot of Richard Armitage over the coming week.

If you're here, you've arrived at a blog called The Squeee. It's run by myself (Traxy, hello! *waves*) and is normally a place of film and book reviews and stuff like that, when I'm not busy fangirling over Richard Armitage or Jane Eyre, or a number of other things. My topic for this year is:

I'm not going to post about Guy of Gisborne, Claude Monet, Harry Kennedy, John Thornton, John Porter, John Standring, John Mulligan, John Bateman, (yeah he has done a crapload of roles where he's been using his dad's name, bless), Lucas North, Ian Macalwain, Thorin Oakenshield, Heinz Kruger, Lee, Philip Durrant, Richard Macduff, Craig Parker, Tom Steele, Alec Track or Ricky Deeming. To name but a few. I'm going to post about the man behind all those roles: Richard Crispin Armitage, from Leicestershire in the East Midlands. An ordinary bloke, yet somehow, he manages to mesmerise us all.

What's up with a guy that can say his bad habits is poking his nose and instead of going "eww!" we instead kind of go "awww, and he has got such a wonderful nose too!" or saying he enjoys pizza and beer in front of the telly watching rugby with the lads and we fall over ourselves over how manly he is. (Personally, I'm wondering if he's a lager drinker or if he prefers ale, and I'm also curious about what's on that pizza!) There are many women out there who have said that they've never been fangirls before, but cue Mr. Armitage and a bunch of middle-aged, well-educated Radio 4 listeners turn into giggling schoolgirls. What's going on? What's the appeal? 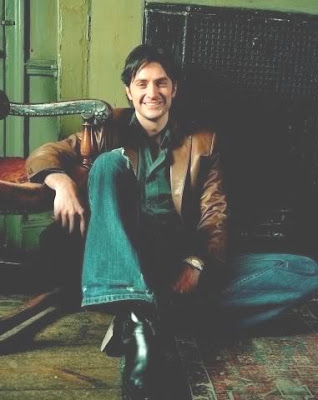 So come with me for a ride into the wonderful world of Richard Armitage, trying to figure him out by looking at what he's said about himself and his interests in interviews. Maybe we can find a clue there. Maybe we won't be able to reach any conclusions at all (possibly because we'll get too distracted by swooning), but at least we'll have learned more about him - or ourselves for that matter! - in the process. That's what I'm hoping for anyway. Hop on board and let's get this party started!