Showing posts from August, 2010
Show All

BBC Four - today, you are too awesome for words

BBC Four have done a press release regarding the schedule for the autumn 2010 / winter 2011 season. And I'm thrilled! Delighted! Amazed! As happy as can be! 1. There's the first ever filmed adaptation of Douglas Adams' Dirk Gently's Holistic Detective Agency . It might not have been made clear here just yet, but I'm a huge fan of Douglas Adams and Dirk Gently is one of those things that tend to get over-looked because of the vastly more successful Hitchhiker's Guide to the Galaxy series. Dirk Gently! On the telly! :D Holistic detective Dirk Gently, as played by Harry Enfield in the 2007 BBC radio production 2. They're also adapting not one but TWO of DH Lawrence's novels! Hooray! Women in Love and The Rainbow , which are combined somehow, apparently, and will star Rosamund Pike. DH Lawrence! Now, how's that for timing? :D
1 comment
READ MORE »

Oh this new-fangled technology ... ;) You may add me if you like! It's a public profile, so to speak ... The real one shall be kept private for now. Traxy Thornfield Create your badge
3 comments
READ MORE » 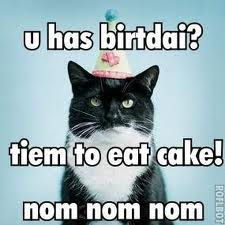 I can't believe it's been a year already! There are some posts that were posted pre-24 August 2009 but that's because I imported them from another blog, as I thought they fitted better here than there. (Had a bit of a re-structure a while back.) Nooo, today - a year ago - The Squeee was created with the very first post, Fangirls Anonymous . Aww. Began writing here because I never really got into blogging, just like I can't get into writing a diary, because unlike the masses, I really don't think my life is interesting enough to share with the world. If I wrote about things instead of writing letters to friends and family with little updates on what's going on in my life here in the UK, that's one thing. But umm, it also wouldn't be interesting. Then there's the thing about having an actual topic for blogging, which I haven't had - it's always been a bit "I hate my job" or the odd thought that has struck me, or something that&#
8 comments
READ MORE »

'Appy birfday, mi duck! :) (...Hot dang, I love this picture!) Celebrating his 39th birthday today - it's our favourite actor, Mr. Richard Armitage! I know he's not reading this and he's not likely to ever come across this message, but still - Happy birthday! Hope you have a wonderful, happy and successful year. Thank you so much for all your hard work on screen (and off - not envious of the rigorous SAS training!), it has given so many of us not just plenty of things to talk about, but to watch and enjoy. Thank you for all your past work as well - it has brought many new friends from all over the world. Now, if you want to leave a birthday message for him, you can do so at RichardArmitageNet . :) I think they actually forward them to him somehow, while any birthday messages posted on here won't be. Just so you know! If you want to send him a gift, please remember that he has asked his fans not to do so. He has everything he needs already, and while he's
9 comments
READ MORE »

How Castle dresses up for Halloween

- August 21, 2010
This is too awesome for words. Big Firefly shoutout in Castle - Nathan Fillion dressing up as a "space cowboy" for Halloween. Because he happens to like the costume. And so he should, I love Mal's clothes! Heck, I love Firefly full stop!
1 comment
READ MORE »

Why Mr. Rochester is NOT a creep

I know the article "Mr. Rochester is a Creep: A List" by Edan Lepucki is just plain linkbait, and that by posting about it here, The Millions is/are (whatever) getting linklove, but I'll ignore that for now. As a "somewhat" obsessive Jane Eyre fan and definite "Team Rochester" member, my temper has been roused and will not be settled will less than a passionate rebuttal. While the webcomic that the article links to is one I've seen before and used to have as a wallpaper on my computer (although it completely ignores the fact that Anne wrote more than just Tenant ), calling two of the finest authors of the English language "deeply weird" is not on! Charlotte and Emily weren't weird. Heathcliff, fine - asshole, psychopath, creepy and duplicitous are all words that can be used to describe him. I can think of a few more to add to the list as well. But Rochester?! (The author hasn't read Wide Sargasso Sea yet - it's going to
16 comments
READ MORE »

The most agonising show on TV

Season 4 of Dexter has started on FX in the UK and again, I'm wondering why the hell I put myself through it. Not from the perspective of ew it's gory or anything, but because it's bloody painful to watch! It's a constant cringefest of fearing someone's going to Find Out about his Dark Passenger. Considering Dexter got married and Rita was preggers at the end of season 3, baby Harrison has plopped out and is causing the usual sleep deprivation. What do you do with a sleep-deprived serial killer? It's a recipe for disaster for sure. He's going to get caught and it's going to be agonising to watch. "My daddy kills people!" "Yes I do, but only bad people, Junior." Season 4 seems to like featuring a naked John Lithgow. Not what I expected to see, nor anything I wanted to see, to be honest. On the plus side - Quinn has that boyish-yet-manly look about him (oh! Suits you sir!) and Lundy has returned. I still remember season 2, when h
Post a Comment
READ MORE »

"Da shvedanya, Mish Karenina ... The name'sh Wronski, count Wronski. And you do have a lishenshe to shwoon." For the love of all things ancient – look at what cropped up on BBC News today! An adaptation of Leo Tolstoy’s Anna Karenina has been re-discovered in the BBC archives and will be released on DVD in September. First broadcast in early November 1961, the Russian drama featured a young Sean Connery and Claire Bloom – who starred together in Bond flick Dr. No a year later apparently. No cravat on the picture, but Sean Connery in a uniform – oooh. Source: Sean Connery BBC period drama rediscovered Publish Post
4 comments
READ MORE »

Vexed to be shown in Belgium and NZ

Congratulations to Belgium and New Zealand! Came across this - yay for Google Alerts! :) DRG have confirmed that leading broadcasters TVNZ in New Zealand and VRT in Belgium have both acquired DRG's new primetime drama. VRT And TVNZ Secure DRG's New Drama 'Vexed' - UK Film and Television News Although my alert is for Jane Eyre , it came up because the article mentioned the previous productions of Mr. Stephens.
4 comments
READ MORE »

- August 16, 2010
Went into town on Saturday, and as we were passing one of those wonderful discount bookshops, I went in to see if they had anything of interest. They did: a whole shelf of Wordsworth Classics! So I helped myself to these ones: Sons and Lovers by DH Lawrence The Plumed Serpent by DH Lawrence The Virgin and the Gipsy & Other Stories by DH Lawrence Guess my reading list for the DH Lawrence Challenge just expanded! :)
Post a Comment
READ MORE »

Vexed - and Toby Stephens interviewed about it

Ahh, Toby Stephens back on the screen! I've also seen two interviews with him about Vexed, which premiered on the BBC earlier tonight. For instance, in the Daily Post North Wales , he says: "I don’t want to do the same thing over and over again. Vexed was a great opportunity for me to do something different and if the fans of Rochester don’t like it, they can tune out after 10 minutes." Which sounds a bit wrong taken out of context, admittedly, but read the original and it'll make sense. :) According to the Sunday Express , he really enjoyed playing the role. So how was it? Fab! Toby Stephens was a hoot - especially enjoyed his pleading with the murderer toward the end, where the murderer said "see you on the other side" and he pointed out that what if there is no other side? Made me laugh out loud. Oh yes, and at the time, he was only in his underwear, might be worth pointing out. Hellooooooooooooo nurse! Before that, he was wearing a dark green t
2 comments
READ MORE »

Hogwarts is on FIRE!

Aaaaaargh! It's on FIRE! First it was half-wrecked by a dragon (oo the repair bills) and now it's being torched! Oww, the pain! My school is ruined! How can we ever afford to re-build it? So much debris, where to begin? Woe, woe ... Seeing Harry Potter and the Deathly Hallows on film in November: can't wait! Aside from the burning down Hogwarts bit. That's going to cause me some serious pain and anguish. (Yes, you get environmentally damaged from having played the headmaster and/or deputy headmaster of Hogwarts in a roleplaying game for the past six years. Just a little. Tiny bit. *cough*)
5 comments
READ MORE »

Musical Interlude: Run To Him

- August 11, 2010
Here’s the thing: One of my favourite music genres is – and has been for years and years – oldies. By that I mean music from the 1950s and 1960s, but you can count in 1970s as well, I suppose. I tend to think of 70s music as a separate category because it’s very different from the previous two decades, where I can’t really spot the difference. *cough* It depends; some music I definitely say is 60s rather than the generic “Oldies” category, but anyway. One of the artists I would count into this genre is Bobby Vee, who has done a number of catchy songs, but this one I listened to as I was driving into work this morning, and I think the lyrics are quite touching. A man singing to his (former) girlfriend, saying that okay, if you’ve found someone else you prefer over me, go ahead and be with him [and I’ll just be a bit emo for a while but I’ll get over it]. The clincher is the passionate ending – if you DO want me, I’m here and I’m all yours ... but if not, leave. Ahh! Gives me goosebum
Post a Comment
READ MORE »

So I caught the final second or two of a trailer on BBC yesterday (just before the final episode of the fantabulous Sherlock ) - another three-part mini-series, called Vexed . Starring Toby Stephens! Basically, I saw the very end of a trailer which featured Toby Stephens, and had me excitedly pointing at the telly exclaiming "Toby Stephens! Yay!" Know very little of what it's actually about, but hey, who cares? Toby Stephens! :D To quote the Guardian : Vexed A three-part comedy drama about a pair of cops (Toby Stephens and Lucy Punch) with a lot of chemistry between them, as well as issues at home. Written by Howard Overman, who penned the hit show Misfits for E4. BBC2, August Plz Mr. Stephens, be our chemistry teacher? Or, yay again, the Beeb themselves have a few more words to say: Three crimes, two detectives, one continuing argument… Vexed is a fast-paced, glossy comedy drama, about a detective duo with real chemistry. Bright, sexy and funny, Vexed is
3 comments
READ MORE »
More posts