#FanstRA When I played Balin in The Hobbit 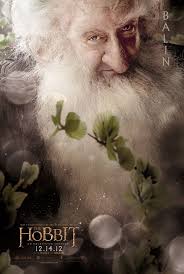 How would you react if you suddenly got a phone call from Peter Jackson's people, asking you to come out to New Zealand for a potential job offer? I was flown all the way to the other side of the world in order to play the part of Balin in The Hobbit.

Despite the fact that they've already finished filming, aside from a few pick-up shots.

And, crucially, despite me being a woman without acting experience.

I was sitting in a theatre, or I suppose it was a studio set really, where Peter Jackson was going through things, and then he said "this is what I want you to do, Traxy". If I wanted the job, of course. He assured me accepting the job could lead to great things. I could become a kids editor!! My response to this was "kids? Meh", but if it was kids TV, why not?

So I accepted, and phoned my mum to say that hrm, well, actually, I've been offered a job in New Zealand for a bit ("I'm phoning from there now!! They flew me out here!"), to be in a massive Hollywood film.

What followed next? Not dwarf boot camp - which was a shame, because I thought it would be a great way of getting in shape - but I was put into the clothes and the make-up, and was one of the guys. It was amazing!

Thorin was there, of course, I told him to get out of the way. Afterwards, or maybe it was even before we got into costume, I met the cast and they started dancing. Richard Armitage has got some serious moves, I tell ya! Wish you could have seen it!

And you know what?

The word I heard was Balin, but looking at photos, I think Gloin or Bifur was what I meant, because it wasn't the white-bearded fella. I can't even tell them apart in my dreams. For all intents and purposes, I was Balin.

And when I woke up, at 4:30am Thursday last week, hearing the Squeeze move beside me in bed obviously awake, I said "that was the WEIRDEST DREAM EVER. I was cast as Balin in The Hobbit!" And the Squeeze turned over and fell back asleep.

But I was still awake, remembering flying over Middle Earth as a male dwarf, along with my many comrades on a quest directed by Peter Jackson. It was a wild ride, and there wasn't much actual acting going on - we mostly ad-libbed (there were no scripts anywhere), and at one point, I remember talking to one of the others, and we were wondering how much of this would actually make it into the film. It was like a very fancy LARP. With Richard Armitage.

It was all kinds of awesome.